There were 772 logs submitted in the 2021 FT Roundup, down from 1058 in 2020. That’s a 27% decrease and the lowest number of logs since the contest started four years ago. The increase last year was attributed to the pandemic since most of us were staying indoors during that time.

It’s hard to say what caused less people to show up for this year’s contest. Maybe we just needed to finally take a break from the radio? Many of us expected better high band conditions as we creep slowly into solar cycle 25. The solar flux was actually 13-17 points lower in 2021 than in 2020. The SFI was 83, the A index was 8 and the K was 1 for most of the contest period.

With 15 meters being relatively poor again this year, only 12% of all QSOs were made on that band. Of the 136,698 total QSOs reported during the contest, only 57 were made on ten meters. As in previous years, 20 meters was the most active band with 39% of all QSOs. Following close behind was 40 meters with 32%. 80 meters had only 16% this year. With multipliers only counting once, and not once per band, it’s understandable that 80 and 10 meters won’t get the action they normally would in other contests. Expect much more ten meter activity in 2022 as the solar cycle is expected to be in full swing by then. 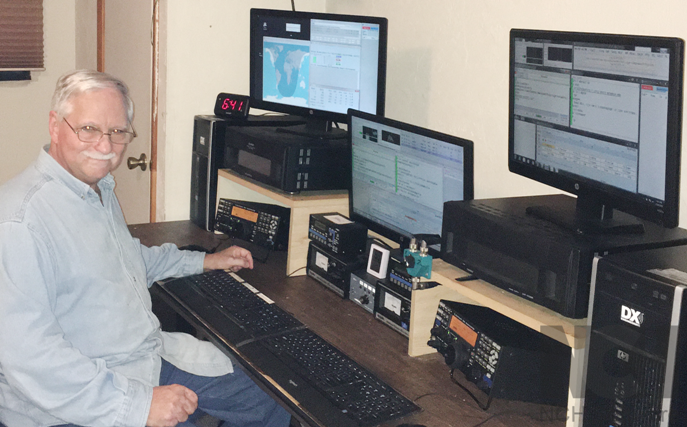 This is Dick’s second win. He also won in 2019. Ron won the inaugural FT8 Roundup (it has since been renamed FT Roundup to include FT4). These two operators are showing they are the ones to beat.

In 3rd place was CJ, WW0CJ, who piloted the K1TTT contest station remotely to the tune of 946 QSOs and 99 multipliers and a score of 93,060 points.

It will be interesting to see what happens in 2022 after such a down year in 2021. The popularity of FT8 and FT4 is still there as can be seen by wall-to-wall FT signals every day. The question remains, will that translate into more interest in FT contesting? Let’s hope so. See you in the 2022 FT Roundup on December 3-4.